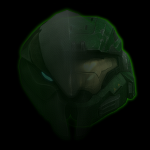 Hi, welcome to Halo Machinima! Thanks for your edit to the Red vs Blue page.

If you need help, and there are no local admins here, you may want to visit the forums on the Community Central Wiki. Looking for live help? Then join us for an upcoming webinar to chat with staff and other Wikia editors. You can also check our Staff blog to keep up-to-date with the latest news and events around Wikia.

Hey dude, I don't know if you got my message from before, but, here is the update on the adoption: http://community.wikia.com/wiki/Community_Central:Adoption_requests#Halo_machinima_Wiki_.28on_hold.29

It's cool, and I already tried adopting the wiki, but, I was rejected. So, yeah. Anywho, when you become an admin, I'll give you a tutorial on how to do stuff. —

Hey dude, could you promote User:Jcomix98 to an administrator? He's my bot account. (Making it able for me to make hidden edits, and multiple edits, at the same time and such.)

Well, you'd have full control as well. It's for all admins on the wiki. —

Hey bro, just wanted to suggest something. If you want, I can be your casting director and get you a female voice actress for the purple soldier. O:

Since, you know, it's nice to have a female play a female, haha. —

Thanks man. I borrowed them from Halopedia. :P —

Hey dude, can you record a line of dialogue for Guard Duty Episode 4? like today? It's just two words. —

Thanks a lot dude, it helps. JKGman98@yahoo.com —

Hey dude, it's Josh. Just letting you know that Halo Ring is a site that links to a bunch of Halo sites, such as Halopedia or Halo.Bungie.Org. It's meant to connect Halo-related websites to eachother. We recently became an affiliate, that's why I added the affiliate link. (Affiliate means Friend in a way). Thanks.

No problem dude. I'll let you know as soon as one is found. —

why do you block me from red vs blue.

Rise of the Spartans. Edit

Is Rise of the Spartans similar to the original halo trilogy?

Its called Shadowstrike and its a war/infection halo machinima. Its about a group of fallen Spartans and marines fighting against the UNSC (its a alternate timeline). Our story takes place around their leader Cinder S-1775. His story begins with his family being slaughtered by the UNSC and its assassins. The sanghelli only show up later in the story but are captives of the UNSC. When the team get onto it, they find the whole crew and most of the prisoners infected by the flood. They resolve to rescue the survivors and escape with information regarding forerunners and their weapon, the flood.

You could also be a character in it, but do you have any good ship maps?

It is on reach and 4, and you can look on their respected file browser's for them because I only have I think one, and what's your gamertag?

When will you be?

I just wanted to thank you for making this awesome Wiki and ask you if the page I created is well done ( Theatards) . I wanted to edit it the second time but it keeps loading and loading and I just can't do it.

I thought that you probably know the reason.

Retrieved from "https://halomachinima.fandom.com/wiki/User_talk:Oo7nightfire?oldid=19160"
Community content is available under CC-BY-SA unless otherwise noted.